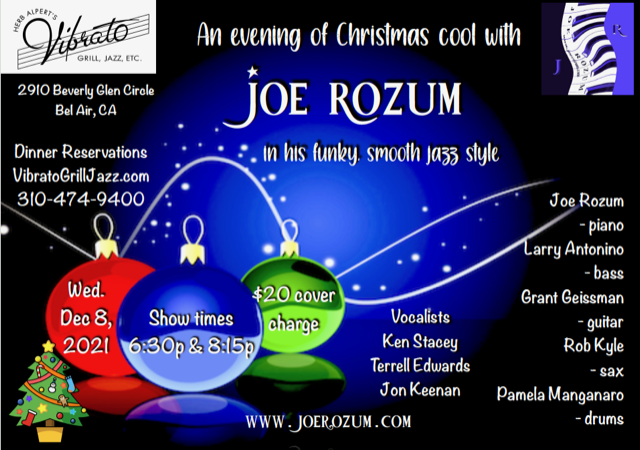 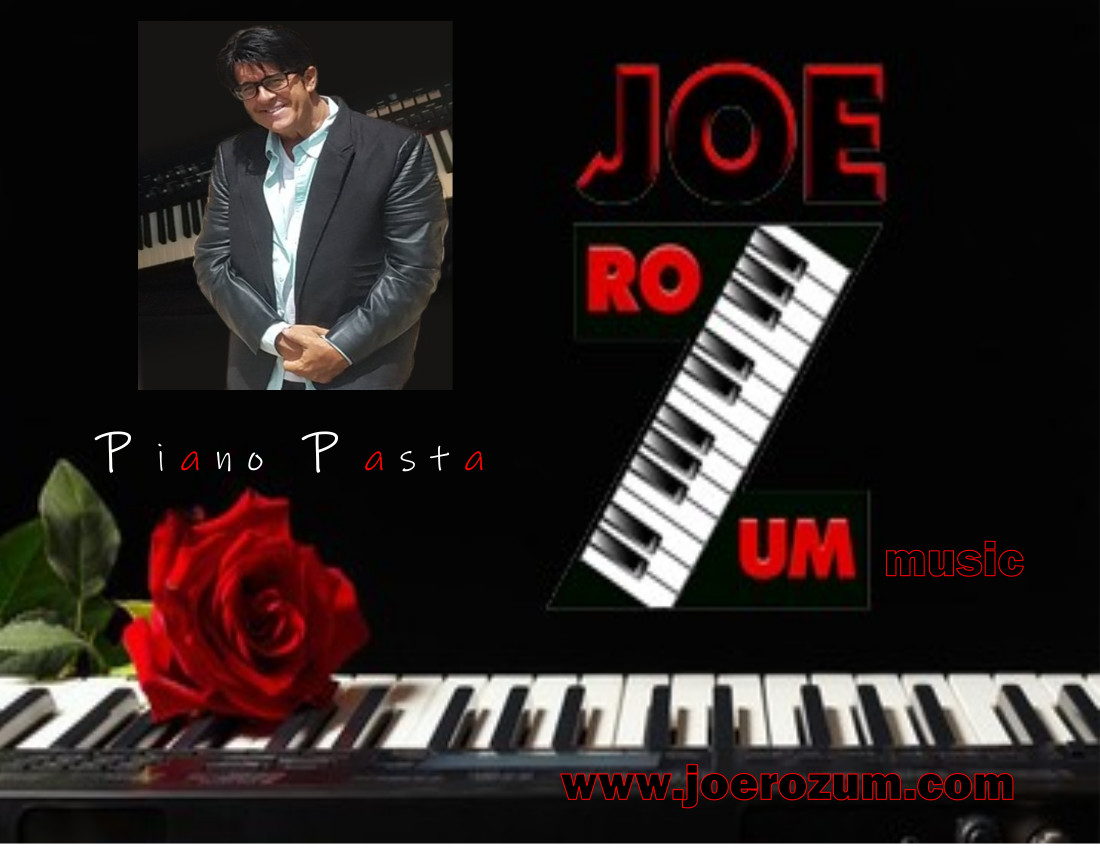 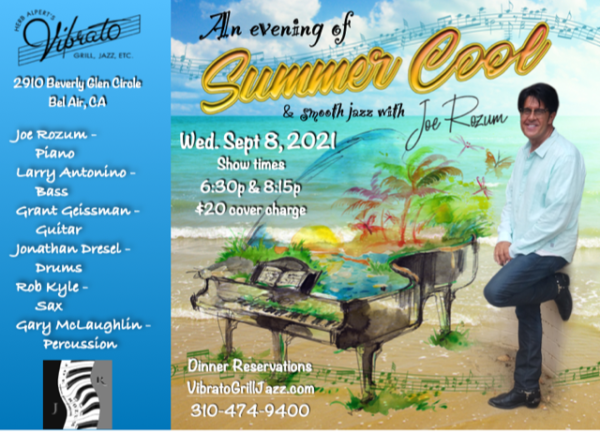 Joe Rozum on the Piano

…Seamless fusion of smooth jazz and pop — this is what best reveals Joe Rozum as an artist and composer.  His signature sound may be soothing piano ballads, but Rozum is well known for violin duets and performances with a full band.  His music has inflections of cool blues, soundtrack themes, gospel, and a hint of classical, which come from many musical influences ranging all over the map… 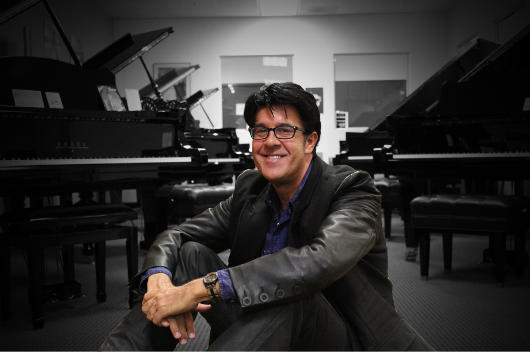 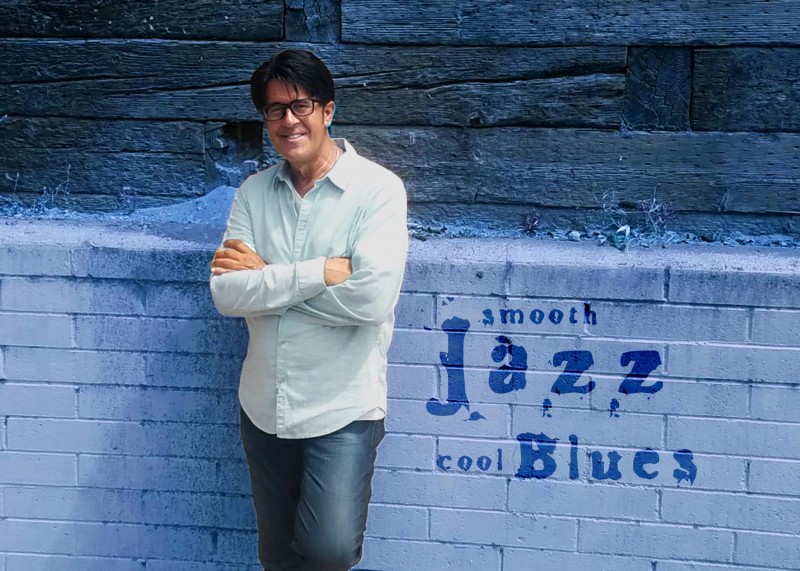 “Joe Rozum is quite simply a genius…his music is capable of not just entertaining, but calming, healing, romanticizing as well as rockin’ out!!!”
-Actress Dyan Cannon

“I enjoy listening to Joe Rozum’s music! It takes you places only one can imagine. He is a very talented songwriter and his music is relaxing, fun, and enjoyable. I have all of Joe’s CDs, they are well worth the price.”
-Mark Boskovich

“I bought both CDs and loved both for their originality and the different styles from both CDs. Hopefully he will be touring so we can have the pleasure of seeing him on stage.”
-Bob Fitzgerald 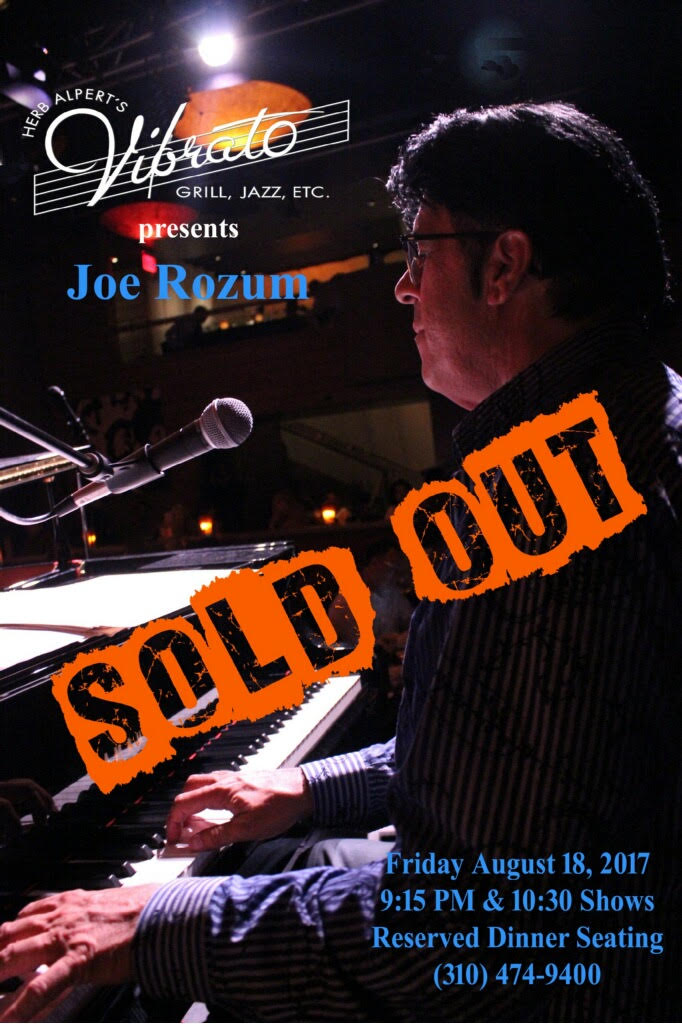 “Joe Rozum’s eclectic style & creative virtuosity capture the essence and soul of the Southern California lifestyle. His concerts are one of a kind ….enthusiastic and heartfelt!!”
James Wright
Author – “ A Horse To Kill For “

“When you wonder what it is about music that penetrates the heart and soul much more profoundly than the spoken word, you could very well be listening to the music of Joe Rozum.
What a gifted artist!”
Todd Peterson
Keyboard Concepts Inc.

“When you hear Joe Rozum play piano, it’s with passion. When he writes his music & plays it for you, it’s a window into his SOUL!!!!! I’ve known Joe for over 21 years and I am blessed to call him my friend!!”
Carol Ann Wentworth
Author – “A Mindful Career”

Joe Rozum originates from Wyomissing, PA located 15 minutes outside of Reading, PA. His father was a dentist by day and a musician by night and his mother was a nurse and a homemaker.

Joe is a graduate of Boston’s world renowned Berklee College of Music.

‘ The thrill of going to Berklee and living in Boston was certainly a fantastic four-year journey ‘ says Joe.

At Berklee he was surrounded by music day and night in one of the most beautiful and historical cities in the country, not to mention all of the great Colleges, Universities and Professional Sport teams located there too.

In addition to his passion for music Rozum has a huge love and passion for dogs and all animals and maybe one day he hopes to start up an Animal Foundation / Organization Rescue Center to save, care and give animals the unconditional love that they always give to us all the time.

Joe loves performing solo to a Private Home Concert audience or on stage with his amazing band to a larger audience.  ‘I love making the piano talk and come to life.  My motto is ‘Love what you do, Do what you Love’. I love that message and apply that to the piano whenever I perform, write a new song or take on a new project’

His extensive background of songwriting for ‘all genres’ includes composing for commercials and film. One of the current commercials repeats in southern California throughout the year is for the Valley View Casino in San Diego which uses a 30 second sample from his song Boogie Cookin from his 2005 CD release of Dusk On A Summer Night.

Other songwriting projects include the Bruce Lee Jeet June Do video, the Hanna-Barbera cartoon titled Phish and Chip, a commercial for the local based Los Angeles / Santa Barbara Gift Store Jay’s Luggage and music for the short film winner in the 1999 NY International Film Festival entitled Have A Periwinkle Day.

One of the latest projects Joe completed was a collaboration on the song Somewhere Between Heaven and Earth with singer/songwriter Stephen B. Steward and lyricist/poet Marie Kukula-Tyner which can all be found on YouTube.

In July 2020, Joe’s single ‘Grease Funk’ has been on the Smooth Jazz radio channels across the United States, the UK, Europe, Australia,  India, Panama, the Philippines and Zambia.

His latest release for the summer of 2021 is aptly entitled ‘Summer Cool’ and it has a very L A feel to it with a highlighted bass line and a super sax vibe, Joe’s funky piano riffs are reminiscent of early Joe Sample and Rodney Franklin on this outstanding track. The almost Blues theme and catchy riffs makes it stand out in the current releases and demand attention – Wes George

Listen to Summer Cool on STREETJAZZ on Show No. 945 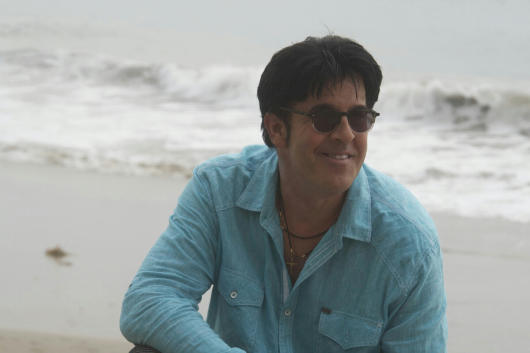 “Since his debut show back in August of 2017 to the present…Joe has SOLD OUT all of his shows at Vibrato!! His piano artistry, music, energy and his amazing band are a MUST SEE!!! Great show!!! JOE ROCKS!!!”
Eden Alpert Partner / Co – Owner
Vibrato Jazz Club, Bel Air
Los Angeles, CA

“Pianist, composer, songwriter and musician Joe Rozum makes music you can feel. You will love the beautiful smooth sensual sounds of songs like “ A Summer Walk On The Beach “, “ After Midnight” and “ Dinner By Candlelight “, which are a delight to the ear. For something a bit spicier, you might
Check out “ Boogie Cookin’ “, “ Overdrive “& “ Grease Funk “. With 5 original albums, there is lots of great music to choose from! Joe has a real passion for music and it shows. You want to add his music to your collection!!!”
Jackie Anderson – Radio Personality Host for “Midday Jazz”
Music Director
Huntsville, Alabama

“I’ve heard Joe do jazzy background music at big events.  I’ve heard him deftly change the party mood to an “up feeling” in my living room.  But hearing him in person at Pepperdine changed everything about imaging him as a musician. He rules the stage! He makes me laugh & sway & close my eyes to get lost in the guts of superior crazy good piano playing. YOU don’t forget these things! He’s a stick to your ribs musician I’d go way out of my way to see!!”
-Director Betty Thomas

“Joe Rozum is a fine pianist & composer. His music is a unique blend of old school American songbook and stylized contemporary genres. Joe’s recordings are an enjoyable experience, as are his performances!”
-Director Martin Guigui 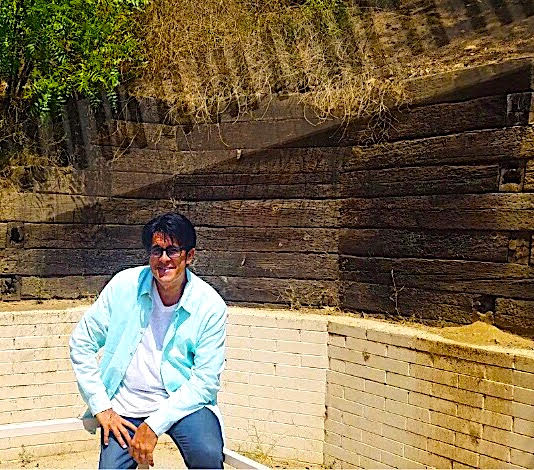 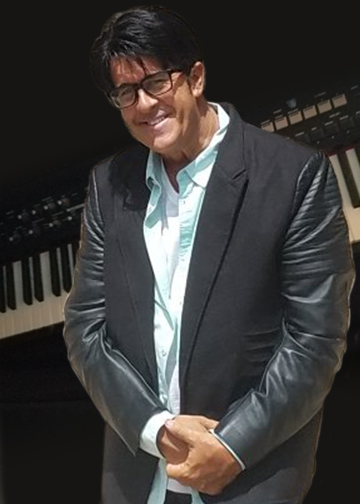 Joe Rozum and the 3 Grand Pianos